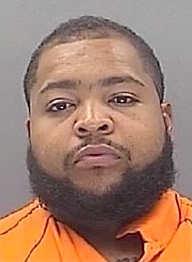 A Willingboro NJ man who allegedly sexually assaulted a woman in Camden New Jersey is now being investigated for other sexual offense in Mercer County, NJ.

According to authorities, the suspect committed the sex crime on November 27, 2016. The victim was walking on the 900 block of South 3rd Street in Camden when the suspect reportedly drove by in a white van, got out of the motor vehicle, and forced her into a lot behind an empty building.

After being assaulted, the victim dialed 911 and alerted law enforcement. Detectives with the Camden County Police Department and the Camden County Prosecutor’s Office subsequently investigated the incident and identified the suspect as the possible culprit.

The suspect could face more criminal charges in connection with unsolved sexual assault cases out of Trenton in Mercer County, NJ. Investigators believe that the suspect may have committed multiple sexual assaults several months ago.

After being placed under arrest, the suspect was taken to the Camden County Jail in Camden, New Jersey. He was being held at the jail on a massive $2 million bail amount.

For further information about this case, see the NJ.com article, “Man Charged with Camden Rape a Suspect in Mercer Cases, Sources Say.”