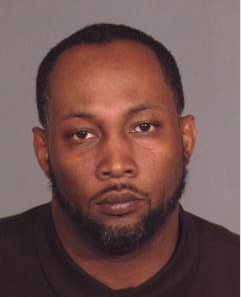 Evesham New Jersey police are searching for a New York man who allegedly shoplifted computers from a local Apple Store.

The suspect and an accomplice reportedly committed the thefts on July 26, 2016. According to authorities, the men entered the Apple Store on Route 73 in Evesham Township and stole four laptops. The suspects reportedly snatched the MacBook Pro computers, ran out of the store, and fled the scene on foot.

According to officials, the stolen laptop computers have a retail value of roughly $2,500 each, bringing the total amount of the theft to $10,000.

Apple Store workers contacted the Evesham Township Police Department, which sent police officers to the scene. Police then looked into the theft incident by talking to witnesses and getting store surveillance footage that reportedly shows the suspects committing the crime. Evesham NJ cops were also able to work with New York City detectives to identify one suspect as a 35-year-old male from Staten Island, NY.

Law enforcement is still on the lookout for the shoplifting suspects. Anyone with information about the theft offense or the suspects is asked to call Evesham NJ detectives at 856-983-1116.

For additional information about this case, view the NJ.com article, “Police ID Suspect Who Allegedly Stole $10K in Laptops.”