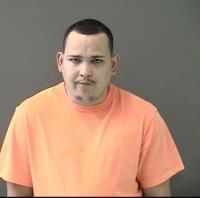 Police in Texas recently arrested a man who allegedly started a deadly fire and committed arson in Camden NJ more than a decade ago. The fire resulted in the deaths of three individuals, so the suspect has been wanted on charges of criminal homicide.

The fatal incident went down on July 9, 2004. According to Camden County prosecutors, the suspect intentionally set fire to a home on North 22nd Street in Camden, NJ.

A number of people who noticed smoke came to the residence and tried to put out the fire by using fire extinguishers. However, the blaze spread too quickly and could not be stopped.

The three people who died in the fire were a 28-year-old female, her 33-year-old husband, and her young son. The adult male victim was burned across more than half of his body. The child who died was just six years old.

In addition to the three people who died as a result of the fire, six other people also suffered significant injuries.

The suspect, a 47-year-old man, has reportedly been living in Killeen, Texas for a while. He is currently being held on a massive $3 million bail amount while awaiting extradition back to Camden County, New Jersey so that he can face first degree murder charges.

For additional information about this case, view the NJ.com article, “N.J. Man Wanted for Arson That Killed Child, 2 Others Arrested, Report Says.”