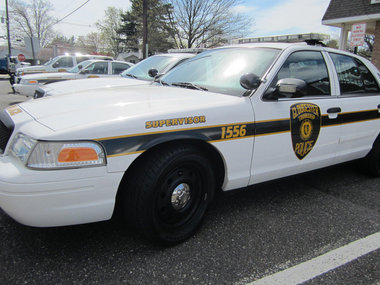 Gloucester Township NJ police officers allegedly discovered the handgun and the illegal drugs after stopping the suspect’s car on Blackwood-Clementon Road in Gloucester Township, New Jersey. Patrol cops pulled over the suspect after reportedly observing him commit a traffic offense.

When police officers conducted a search of the car, they reportedly found a .38-caliber Ruger LCR handgun. According to law enforcement, the handgun was loaded with ammunition.

Beyond that, Gloucester Township police ran a check on the suspect and reportedly found out that he had several outstanding warrants for his arrest. The warrants had been issued out of multiple towns in Camden County, New Jersey.

Police arrested the suspect and a 19-year-old passenger in the car who also reportedly had an outstanding warrant for his arrest.

The main suspect is a 28-year-old male from Camden, New Jersey. He faces a number of criminal charges, including illegal possession of a handgun, possession of heroin, and possession of cocaine.

After being placed under arrest and processed, the suspect was ordered held at the Camden County Jail on a $150,000 bail amount.