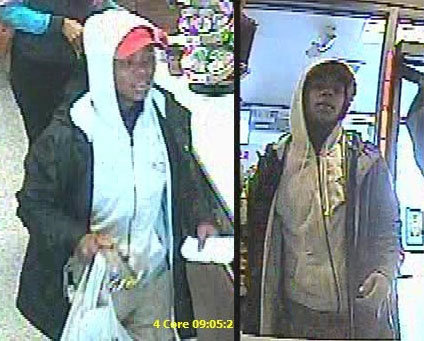 Police in Pine Hill New Jersey have asked for the public’s help as they try to figure out the identity of the person who stole a purse from a senior citizen.

The theft incident occurred around 9:00 a.m. at a Wawa convenience store on Erial Road in Pine Hill, NJ. According to law enforcement, the suspect walked into the Wawa store and waited for an opportunity to take the victim’s purse.

The victim reportedly placed her purse on the counter located at the front of the convenience store. That’s when the suspect allegedly made his move, grabbing the purse and then quickly leaving the store. The suspect reportedly headed to the parking lot, got into a motor vehicle, and sped off.

Once the victim realized what had happened, she dialed 911 and notified Pine Hill police about the theft. Police officers were dispatched to the store to investigate.

Pine Hill NJ police obtained video surveillance footage from outside the Wawa and were able to identify the suspect’s car as a Mazda MX-6.

However, investigators have not yet been able to identify the suspect. If police are able to determine the identity of the theft suspect, he would be subject to significant criminal penalties. That’s because N.J.S.A. 2C:20-3 classifies the theft of movable property valued at between $200 and $500 as a fourth degree criminal offense. A conviction for fourth degree theft could lead to a sentence of up to 18 months in NJ State Prison.

Anyone who has information about the theft incident should get in touch with Pine Hill NJ detectives at 856-783-1549.

For additional information about this case, check out the NJ.com article, “N.J. Cops Say This Suspect Snatched a Senior Citizen’s Purse.”