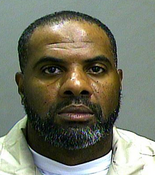 A man from Atlantic City NJ has pleaded guilty to murdering his mother in Mays Landing, NJ.

The homicide was committed in October 2014. The suspect, who resided in Atlantic City, New Jersey, had been released from prison just a few days prior to the killing. He had just got done serving a 30-year sentence in Bayside State Prison for using a lead pipe to assault his neighbor and then using a gun to shoot him to death in 1984. Although the suspect was a teen at the time of the fatal shooting, he received a lengthy prison sentence because prosecutors tried him as an adult.

When the suspect finally secured his release from prison, his friends and family threw him a “welcome home” party. A few days later, the suspect’s 64-year-old mother was found dead in her Mays Landing house.

The suspect is said to have admitted to investigators that he bludgeoned his mother to death.

Now prosecutors and the suspect have reached a plea agreement. The terms of the plea deal call for the suspect to receive a sentence of 25 years in NJ State Prison. Additionally, since the No Early Release Act (NERA) applies to violent crimes such as murder, the suspect will have to serve a minimum of 85 percent of his prison sentence before becoming eligible for release on parole.

For additional information about this case, access the NJ.com article, “N.J. Man Admits He Bludgeoned Mom to Death Days after Prison Release.”