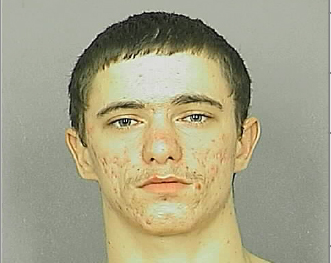 A Millville NJ man received a sentence of 6 years in NJ State Prison after being convicted of eluding police and child endangerment in Deptford Township, New Jersey.

The suspect allegedly engaged in an illegal sexual relationship with an underage girl. Prosecutors said that the victim was been the ages of 13 and 16 when the suspect had sex with her.

The victim reportedly gave birth to the suspect’s child in 2012. The next year, the victim’s father contacted the Deptford Township Police Department and alerted them to the suspect’s alleged sex crimes.

When Deptford Township police tried to serve the warrant at the suspect’s home, the suspect allegedly attempted to flee the scene in a pickup truck. Police chased after the suspect and he soon crashed his vehicle somewhere on Delsea Drive.

The suspect later told Gloucester County prosecutors that he engaged in consensual sexual relations with the victim. He was charged with child endangerment and eluding police.

In May 2015, the suspect appeared in Gloucester County Superior Court and pleaded guilty to both criminal charges.

The superior court judge sentenced the suspect to 6 years in state prison. She also imposed a concurrent sentence of 5 years in prison for the charges of endangering the welfare of a child.

The judge has ordered the suspect to serve his entire sentence in NJ State Prison, instead of confining him to a sex offender treatment center.

When the suspect completes his prison sentence, he will have to register as a sex offender under Megan’s Law sex offender registration requirements. Additionally, he will be under parole supervision for 15 years after he is released from police custody.