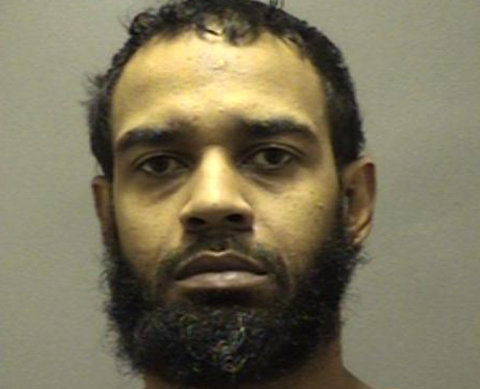 A Camden New Jersey man was sentenced to 5 years in NJ State Prison for forcing a woman to touch his genitals during an incident in Westville, NJ.

The sex crime took place in January 2014. According to authorities, the 39-year-old suspect drove to a bus stop in Gloucester City and offered to give the victim a ride in his vehicle.

The suspect reportedly took the victim to a residence in Westville, New Jersey. At some point after they arrived at the home, the suspect allegedly punched the victim in the face and ordered her to touch his genitals.

The suspect was later arrested and charged with third degree aggravated criminal sexual contact. In June 2015, the suspect appeared in Gloucester County Superior Court and entered a guilty plea on the sex offense charges.

The suspect recently returned to the superior court for formal sentencing. The judge sentenced the suspect to a term of incarceration of 5 years in NJ State Prison.

When the judge issued the sentence, he declared that the suspect was not considered a repetitive and compulsive offender. This conclusion was reached in accordance with official findings by the NJ diagnostic and treatment center for sex offenders. This means that the suspect will remain in prison and will be ineligible for confinement at a sex offender treatment center.

For further information about this case, view the NJ.com article entitled “N.J. Man Sentenced for Punching Woman Who Wouldn’t Touch His Genitals.”